Our little one has not been graced with much hair. So to compensate, and to keep people from asking “How old is your son?”, (despite the fact that she is wearing all pink…) I’ve been making big bows for her head. 🙂

Actually, I’ve been making flowers out felt. and putting them on barrettes.  I’ve really been enjoying it, too!

Here is one of my latest…

To make a felt flower like this one, you will need:

Here is a pattern you can use for the circles.

For this flower I used flower pattern #1, (the biggest circle on the pattern sheet) and cut the outer blue circle. 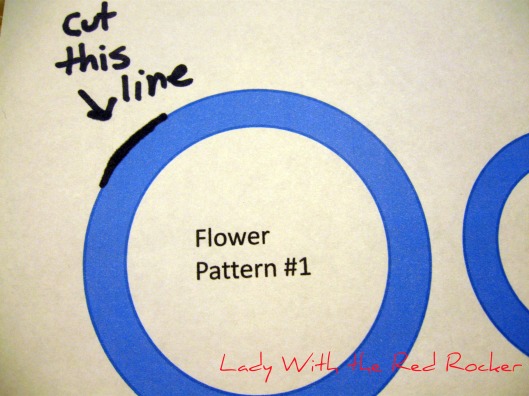 Then, I placed the circle pattern on my felt, and traced it with a black Sharpie marker.

I cut 8 circles, cutting inside the black lines.

Next, I started building my flower.  To do this, I put a drop of hot glue in the center of a circle, and folded it in half. 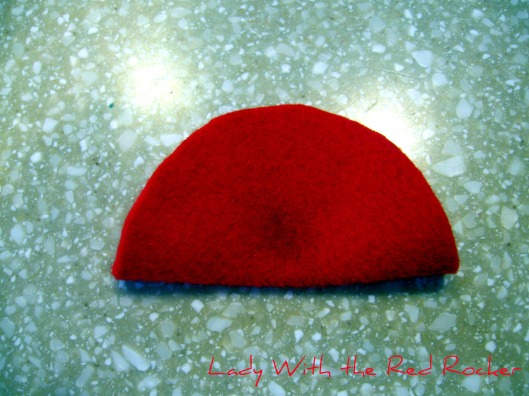 I took my half circle and folded it to look like a “s”, here’s a picture… 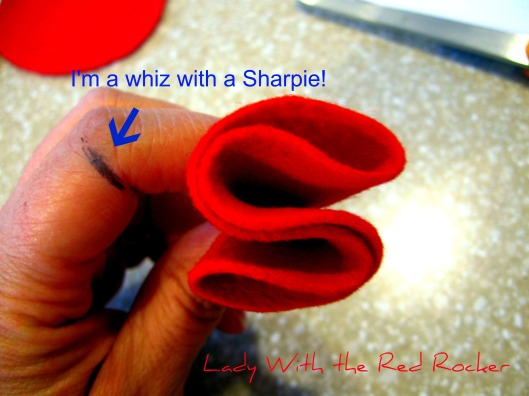 I put a dot of glue in-between the folds to keep it from unfolding.

I made 6 different “s” shaped petals, and then started gluing them to a red circle… 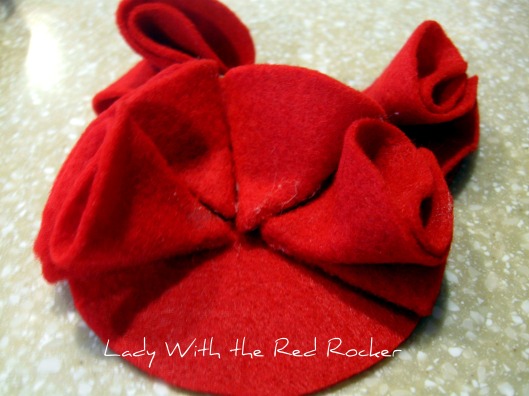 until I had this… 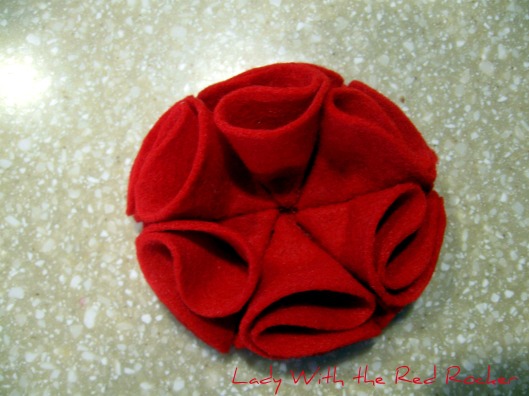 Next, I sewed a large fancy button into the center of my flower.

After that, I cut some leaves for the flower.  I didn’t use a pattern for this, I just cut two leaf shapes out of green felt.

To add a little detail, I used some golden thread and stitched along the edge of the leaf. 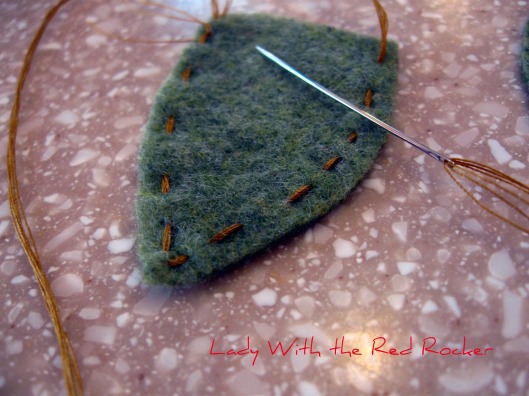 Then, I flipped the flower over and sewed the leaves to the backside of the flower.

(Isn’t that a fantastic sewing job?)

Now, it was time to attach the barrette.

Using, the last remaining red circle, I lined up my barrette in the center, and marked where the clasp and the “elbow” of the barrette were, like this..

Then I folded the circle in half and clipped the marks that I just made.

Next, I took out the little metal bar… 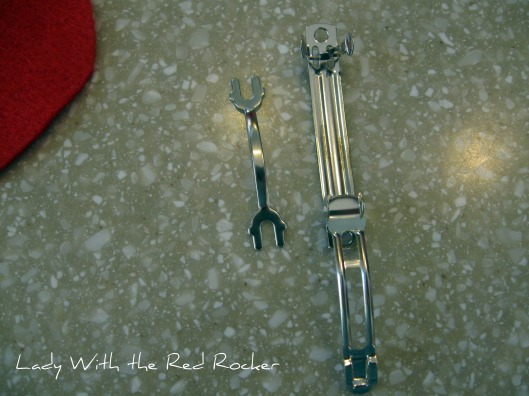 I secured the barrette, by sewing it to the felt, like this…

Then, I sewed this circle to the back of the flower. 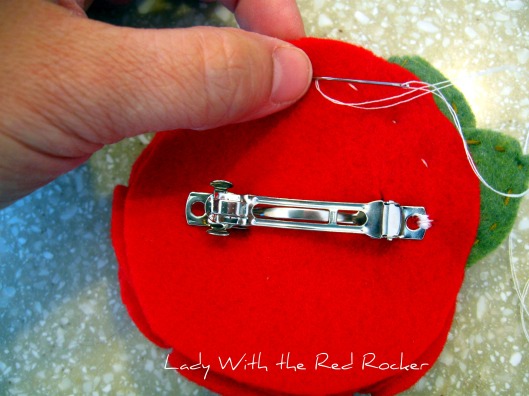 (I would normally use red thread, but for picture purposes, I used white. ;))

For my youngest daughter, I just clipped the barrette to a headband, so she could wear it now, while she is waiting for hair. 🙂

My oldest daughter just wore it in her hair as a regular barrette.

Hope you have a great, rest, of the weekend!

Linked to these parties.

Hello, my name is Stephanie Hill, I’m the Lady with the Red Rocker on my porch...(Read more on the "About Me" page.)

I’ve Been Featured On…